We present radical university arrangements that we implemented in the College of Engineering and Computer Science at FAU in order to create an Entrepreneurial University. In order to produce successful engineers our thesis is that they should be involved in the applied industry projects. In the present state of the economy, research funding has been drastically reduced – these are chances for universities. However, universities can only effectively become incubators of entrepreneurship and innovation if they themselves practice entrepreneurship. This “re-conceptualization” involves non-traditional, often radical university arrangements. The backbone of our new concept is the NSF-sponsored Industry/University Cooperative Research Center for Advanced Knowledge Enablement with 36 industry members, a more than 40 applied research projects. The university has created Research Park at university premises with more than 30 high-tech companies and an incubator with 27 start-up companies. As part of our strategy, based on our research, we launched two start-up companies that are led by our faculty and students. We also created joined industry/university laboratories, in which our faculty and students work jointly with industry scientists and engineers in creating innovative systems and products.

Biography: Borko Furht is a professor in the Department of Electrical & Computer Engineering and Computer Science at Florida Atlantic University (FAU) in Boca Raton, Florida. He is also Director of the NSF-sponsored Industry/University Cooperative Research Center on Advanced Knowledge Enablement at FAU. Before joining FAU, he was a vice president of research and a senior director of development at Modcomp (Ft. Lauderdale), a computer company of Daimler Benz, Germany, a professor at University of Miami in Coral Gables, Florida, and a senior researcher in the Institute Boris Kidric-Vinca, Yugoslavia. Professor Furht received Ph.D. degree in electrical and computer engineering from the University of Belgrade. His current research is in multimedia systems, video coding and compression, and 3D video and image systems. He is presently Principal Investigator and Co-PI of several multiyear, multimillion dollar projects. He is the author of numerous books and articles in the areas of multimedia, computer architecture, real-time computing, and operating systems. He is a founder and editor-in-chief of the Journal of Multimedia Tools and Applications (Springer) and he recently co-founded Journal of Big Data (Springer). He has received several technical and publishing awards, and has consulted for many high-tech companies including IBM, Hewlett-Packard, Xerox, General Electric, JPL, NASA, Honeywell, and RCA. He served as Chairman and Director on the Board of Directors of several high-tech companies and as an expert witness for Cisco, Qualcomm, Adobe, Infobridge, and Bell Canada. 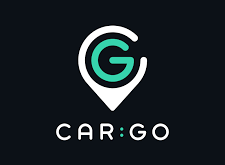